Just in time for the holiday season, NKN foundation is pleased to announce Surge as the winner of our special award of the year 2020! The community developer team @rule110, who built Surge, will receive an award of 2 million NKN tokens. This year was very tough for every one of us but at least we can rejoice in the timely launch of the most significant and ambitious web 3.0 application ever built on top of NKN network and blockchain to date! 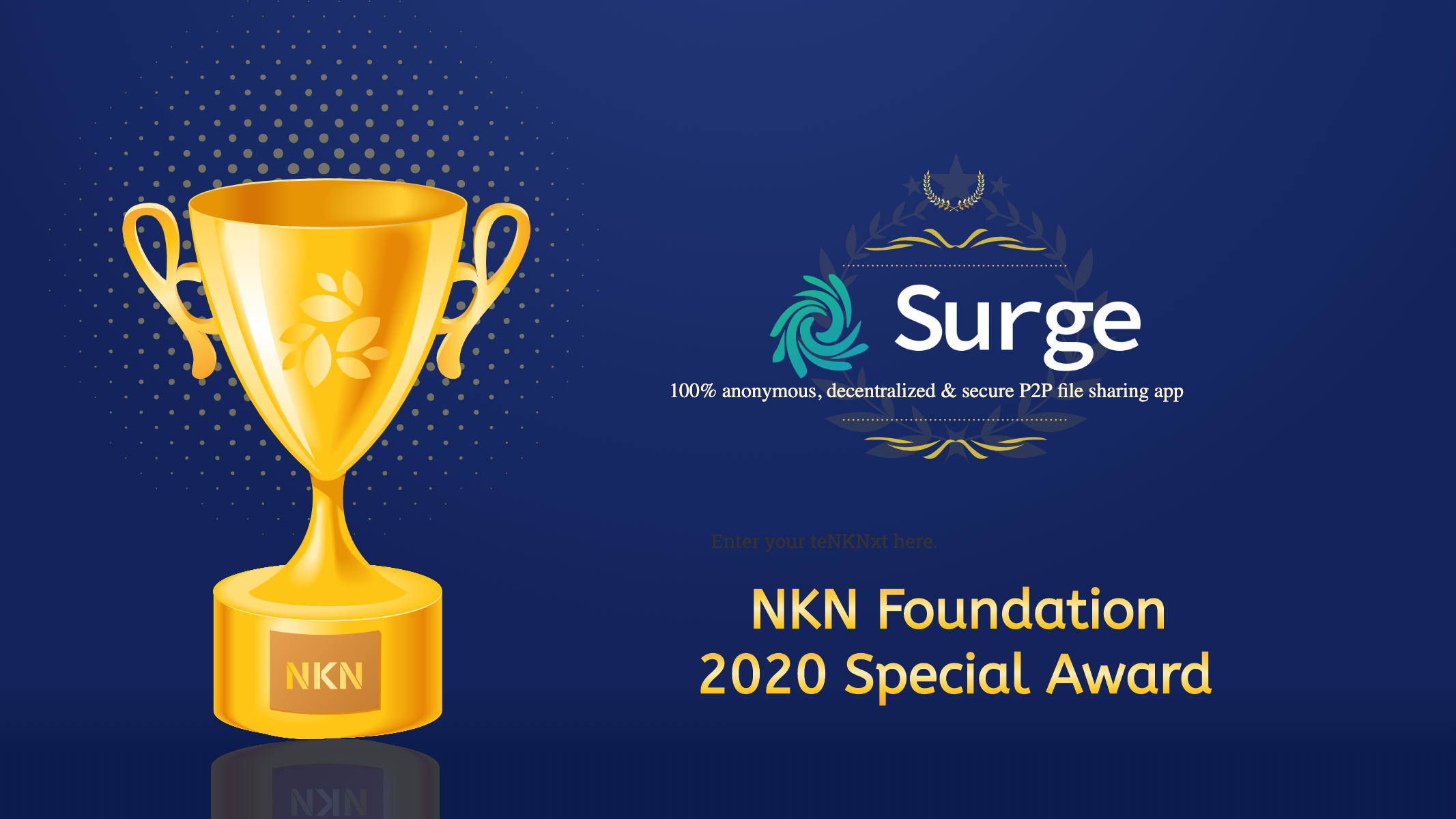 Surge is a new and special P2P file sharing client that is 100% anonymous, secure and decentralized. It uses NKN blockchain network for all communication – be it publishing new file listing or file transfer itself. Consisting of more than 30,000+ relay nodes, NKN network allows Surge to completely avoid the use of direct TCP/IP connection between recipient and sender - that way we can guarantee that neither the sender, nor the receiver nor anybody else can see from where a file is coming from and where it is being delivered to. The additional hop-2-hop encryption makes it impossible to intercept any data transmission.

The open Beta has been launched for a week, we could see a lot of positive feedback both from members of our community and from groups or individuals who share an interest in P2P file sharing. More than 30 concurrent clients were monitored on the very launch day, which proves a very possible bright future of bringing Surge to mass adoption. And Surge has gained more than 250 upvotes in 24 hours, after successfully launching on Product Hunt.

Surge is definitely built with the latest and coolest tech out there but building a P2P client wasn’t at all easy. It required months of intensive hard work with a full devotion of our community developer team @Rule110.

When asked of the original idea for Surge, Christian Busch, a member of team @Rule110 states:

“when we talk about sharing files in a peer-to-peer network there is always a downside many people complain about: the lack of anonymity and security. The main problem here is that the IP addresses of both sender and recipient will always be exposed. You can use a proxy server or VPN services to cover your identity, but you will always need to trust a third party provider for that. When it comes to security some file transfer applications utilize end-to-end encryption but due to their centralized approach, they are still susceptible to various attacks such as man in the middle or DDos attacks.

So, we decided to disrupt P2P file sharing, with Surge and we can actually prove and claim that Surge is 100% anonymous, secure and decentralized.”

NKN foundation truly values our amazing community and especially our members’ devotion and creativity . Therefore, this is the biggest award NKN Foundation has given out to date. As our founder Yanbo Li commented

“Surge is not only a super useful application, but also is a very beautiful application. I’m amazed at the high quality and sleek user experience of the software even at the public beta stage. The tight integration of Surge with NKN network makes it unique and hard to beat. And I can say without doubt that it is better than any popular P2P file sharing apps like BitTorrent.”

Together, we can make web 3.0 applications better than centralized web 2.0 monopolies of today and rebuild the new internet better than it has ever been. 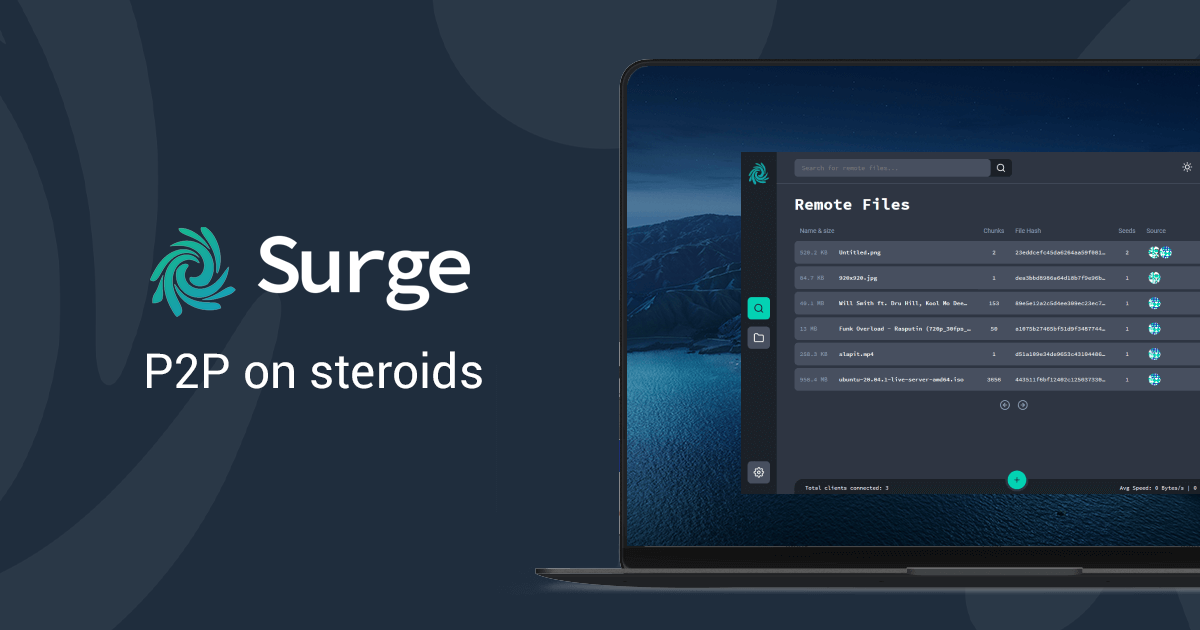 Surge is built simple yet with solid and beautiful building blocks: Golang as backend, vue.js & wails for frontend and the NKN blockchain for all transactions. All the code is open source and available on GitHub. Surge is still on open Beta and welcomes any encouraging feedback or experts’ opinions. Please feel free to drop a message for the team at their official twitter @Rule110 or Surge’s official page: https://surge.rule110.io