No rewards - what am I doing wrong?

I’ve been mining for 4 or 5 days on mainnet. Originally I setup a node on my Windows 10 machine, I never saw any rewards after a day, and once I got my docker node up and running I switched to that, which seems like its working aside from it stopping for no reason yesterday and having to restart. Here are my stats when I do a lookup, what am I doing wrong? 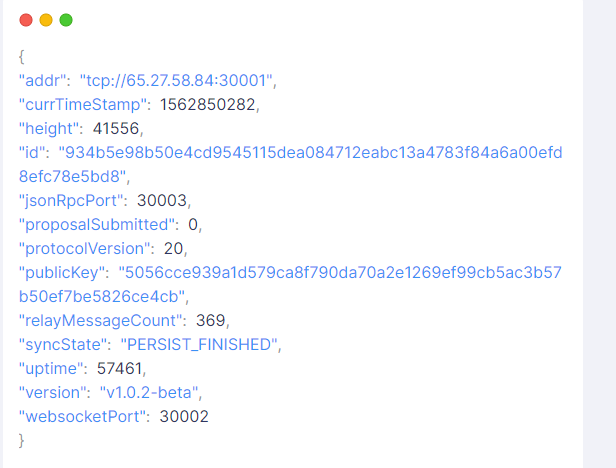 Isn’t the average reward only like once every 5 days anyway? And if the network’s growing, I assume that number goes up. You want to hold fire and just see what happens. Some get lucky and a few back to back, others wait for a while before anything happens.

That is helpful, there isn’t much info like that available so that at least level sets my expectations a bit. Is there anything I can do to increase my relayMessageCount?

I believe that’s more based around your latency than anything. Besides faster connection, I don’t think you can increase it. At the moment there are many people simply running dozens of nodes, if not more. Simply playing the numbers game. I’d be tempted to say to think of running a node as helping the system as a whole, which eventually adds value, over a profitable endeavour at the moment. That said, hoarding NKN now and selling at a higher price is profitable, so every little helps.

For testing purpose, I have a small number of nodes that I run and paid by myself. And you can see that in the last 8 days running, the mining reward is drastically different among mining nodes but the average is very close to global average.

So the average yield per node per day is about 2.46

If we calculate the global network average it is about 2.46

So my personal fleet of 11 nodes across 3 cloud platforms average to almost exactly the global average. But the node to node variation is huge:

@zbruceli, would you be willing to share information about the regions in which the nodes have been deployed?

I just passed 48 hours and haven’t seen anything yet. I might throw a node up on DO just to compare the two. Though, the responses in here pretty much tell me what to expect.

An update after running the nodes for about 11days on mainnet v1.0.4 (except The RPi3 or Raspberry Pi 3, which is more like 7 days): 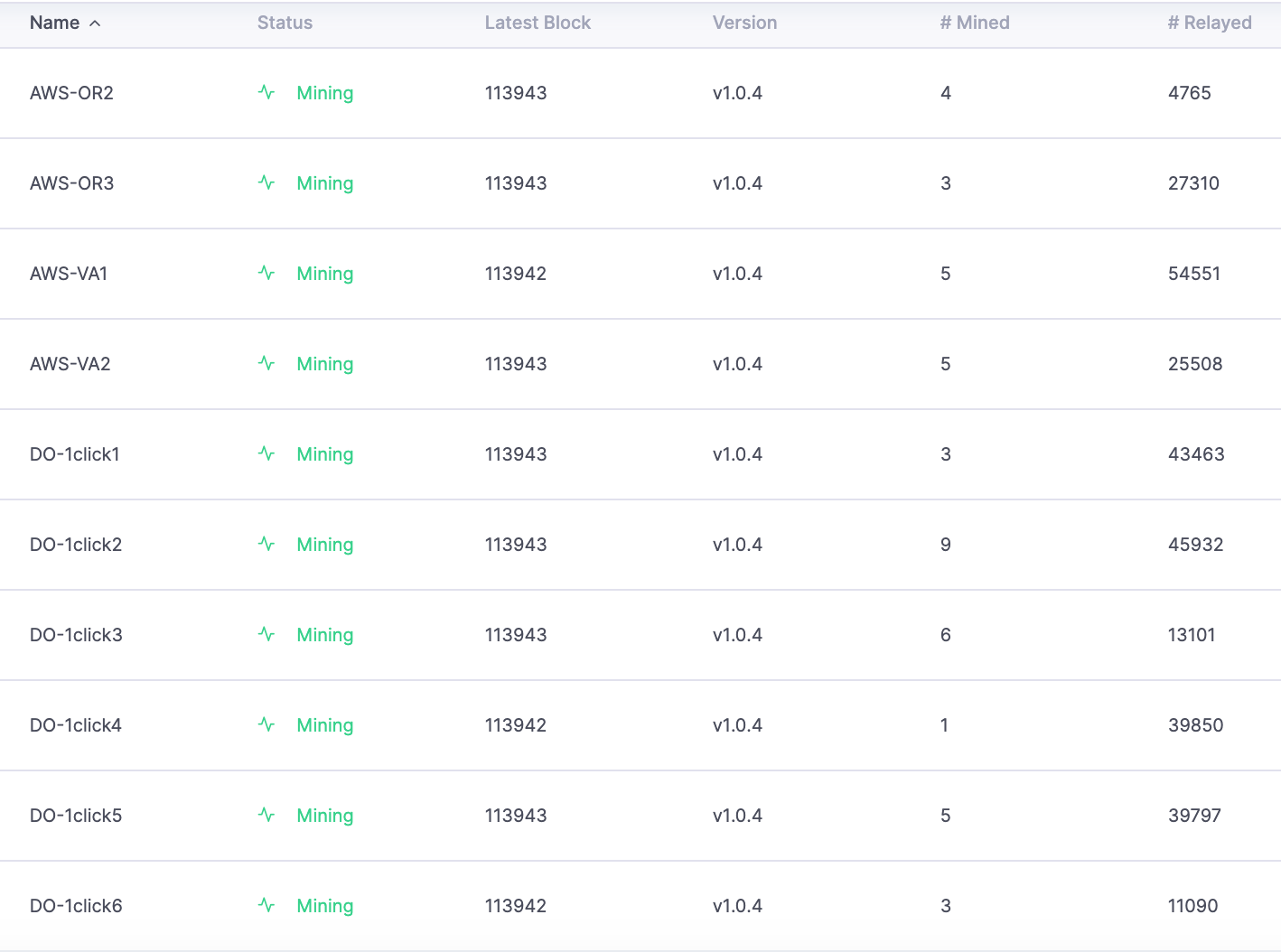 But over this period, there are still lots of variations. For example, AWS-OR2 relayed the smallest amount of messages (4,765) but actually got 4 mining rewards which is about average.

The morale of the story? My sampling size is just too small compared to the total amount of nodes, and my time frame is not that long.

Thank you for sharing your numbers …

But I have one doubt …

That’s all my nodes, total 15. I don’t have any other nodes.

Because of what maybe half of my nodes on GC after some time offline, and I can not Wake them up, I overloaded them, and updated, just stopped and started! All years were created in one-click!
Am I the only one in this situation?! 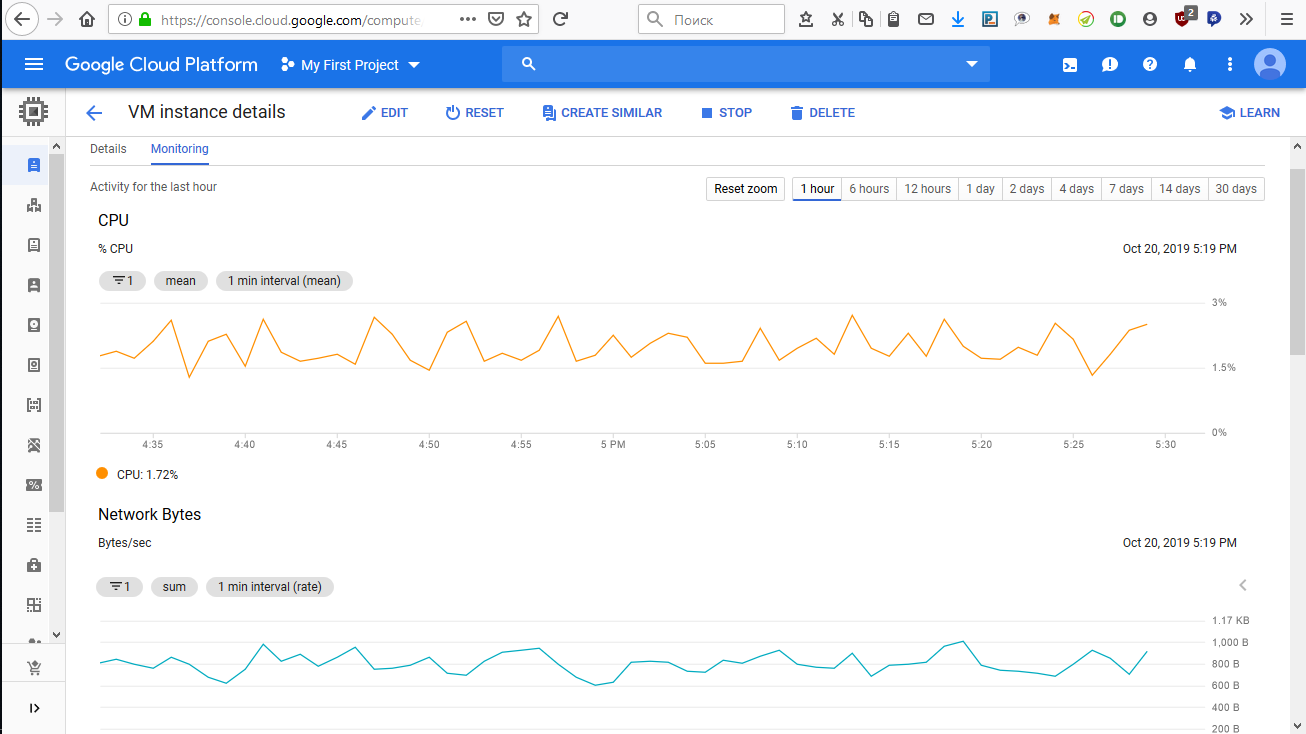 Hi, can you add your node’s public IP address to https://NKNx.org and check their status and track their progress, if they are properly mining and how much do they mine?

You can also use the node checker as well if you just want to check individual node’s status: 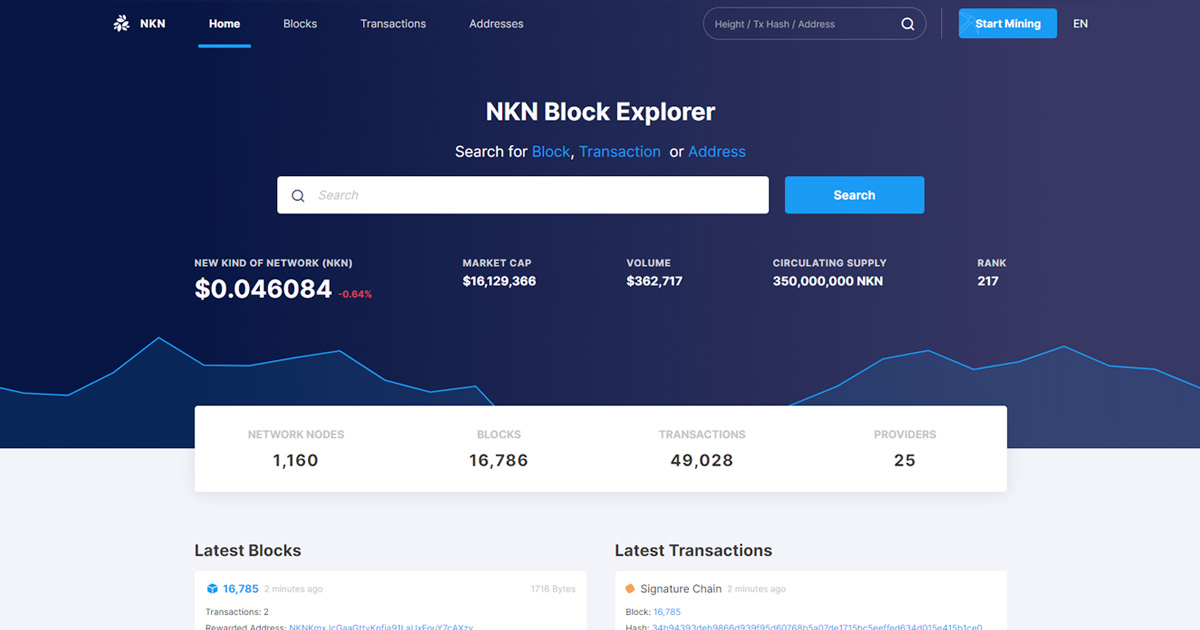 With our NKN explorer you can easily browse the whole blockchain of the NKN Network.

I know this and use it, but from checking the nodes do not stop falling, I would say die, because they do not start working again! And each time I create a new is not an option! And what to do with them to make them work?

Hi, sorry to hear that your nodes are not working stably. I personally have one Google Cloud node (1vCPU and 1.7GB RAM) and it has been working quite reliably.

By the way, we have just updated our GCP 1-click image, which not only supports latest mainnet software version 1.1.1 but also has the pruned database (about 10GB including everything: Linux OS and NKN). You might consider kill the “bad” nodes and relaunch new 1-clicks.