I’ve been running couple of nodes on AWS, Google Cloud, DigitalOcean, and Alibaba Cloud. I recently tried Vultr and thought someone might want to try it out.

This is my referral link if you want to get $50 promotional credit: 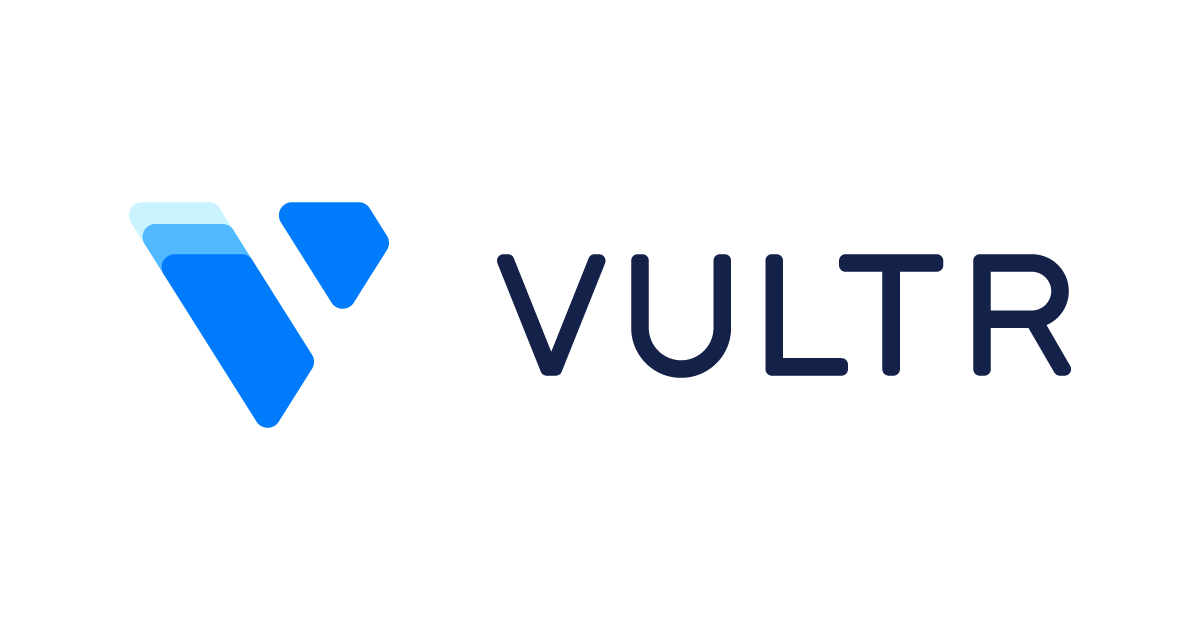 We are simplifying the cloud. One Login, 9 Countries, 16 Cities, Infinite Possibilities.

Once you register, it will ask you to link your credit card. You can link and choose not to pay anything as well. You’ll still get $50 promotional credits for your VM instances. There are plenty other payment methods including Bitcoin!

Once you’ve logged in, you should see following image:

Now, for server location, they have plenty of different options compared to what DO offers. I’ll go with NY for the sake of this tutorial.

For server type, you can select anything you prefer.

From the available server size, I’d recommend 1GB memory CPU which is $5/month.

Select additional features as per your needs

And at the end, add Server Hostname and Label to easily identify them. I’d recommend adding SSH keys as well, but for now, we’ll go with the easiest possible route. You can deploy multiple server with this same configuration using “Server Qty” number roller.

I’m deploying one to show how to set nkn node after deployment, I’m going to merge almost all the guides I’ve been following and trying to put everything in a single place which will work well if followed properly.

After the setup is done, the instance status will be shown as “Running”, click on “…” icon to manage your instance.

Once it’s up and running, start an ssh session using the details from the “Server Details” page, or you can use the console provided by Vultr for each instance.

Use this command if you want to establish ssh connection to the instance from your laptop/pc.

Now, following part is from the guides available on medium and on this forum. If you’re well versed in using those guides, you don’t have to follow this any further. Otherwise, continue on…

Once logged in, we need to update the debian and install the dependencies. This is required because we need to make sure that we have latest possible versions of all the available packages which may or may not contribute as dependencies for our nkn node.

Now, install all those updated packages from the list

Now, we need some project specific packages to make sure we’re able to download nkn node code and build it on the system.

It will ask you “Do you want to continue” stating that whatever you’re gonna install, it will use some diskspace. Press y and let it flowww.

Now, before we dilly-dally with the instance, we should create a user which will be used to perform all the crazy actions we’re about to do… So let’s create a user first.

This will create a new user named nkn . You can choose any other name you prefer. After that, we need to append that user into the sudo group.

If it shows following, you’re set to go further…

Now that we’re ready to begin the installation of our nkn node, we first need GoLang on our instance, because nkn node code is written in Go language, and to compile and build the node, we need the compiler. I’d recommend copying following code and paste it directly into the terminal, essentially this piece of code looks for latest Go installation on the server and downloads the archive.

Once done, enter following command to let the Go installation begin. It will ask you user password. Enter the password and the installation will begin.

It shouldn’t take more than 20-30 seconds.
Now that our installation has been finished, we need to make sure that go is present in the path so anyone can access go from anywhere without pointing to go directory. For that, we will add those path into bashrc file and resource it.

After you enter above command, next line will be “>>” only, expecting input from user till user enters EOF.

Now let’s type following command to make sure our actions paid out.

It should give you following output

If it does, congratulations, we’re half way through…

Now that we have our code, let’s change the directory to nkn and fire up build command

After the build is finished, we need to copy the configurations for nknc and nknd to use

It will ask you to add new wallet password

Note: This password will be used to run nkn service and miner, so don’t forget it.

and once you’ve done that you’ll be presented with wallet address and public key of that wallet.

Alright, we’re ready to fire up our mining node now. Add following command into the console.

You’ll see the logs coming in, and your miner is working now. Check on https://explorer.nknx.org/ips after a few minutes to see it start syncing the blocks.

Stage 5 (Optional): Creating NKN System Service
Now, often times I saw that people complaining about mining being stopped once they exit their ssh session. Many of the times, the reason was that they forgot to create a service which shall run in the background and don’t need any interaction from the user. And fortunately, those medium guides had this part figured out. So here it is.

Ctrl + C if you’re still mining after following above steps.

Go to the root folder using this command and create a new file called nkn.service

Write following code inside the file and save it.

Note: Wherever it says “YOUR_WALLET_PASSWORD”, you should use the password you added while creating the wallet using ./nknc utility
Flashback --> ./nknc wallet -c … Remember?

Now let’s add it into system and enable it so that it can run on it’s own, and even restart if encountered any failures.

It shall give you an output:

Now reboot the system and relax. Once it restarts, it’ll automatically start the nkn.service and your miner will begin. (Allow it 10 minutes before you complain “OFFFLLLIINNEEE”

, because I’ve been there

Now, I’ve seen another complaint that suddenly their node went offline. This happens due to a lot of reasons, one of which is code release. If developers release new nknc and nknd, you need to update yours to make sure your nodes run with proper version and are up-to-date.
Let’s create an auto updater so you don’t lose your sleep or hair worrying about your offline nodes.

Write below code into the file and save it. The code simply checks whether our local git repo is up-to-date with the one present on github. If not, UPDATEEEE…

Now, we need this updater to run atleast once everyday so our node stays updated. Let’s make this file executable first.

Now, let’s add it into crontab for cron daemon to pick it up exactly at mid-night and execute it.

When you enter the command, it will ask you about which editor you’d like to use. I’m pretty sure that default one would be nano, so press enter and it should use nano as default.
After the file opens up, go to the last line of the file and append following line.

And that’s it!!
Congratulations… You’re node shall be up and running by now… Enjoy…!! 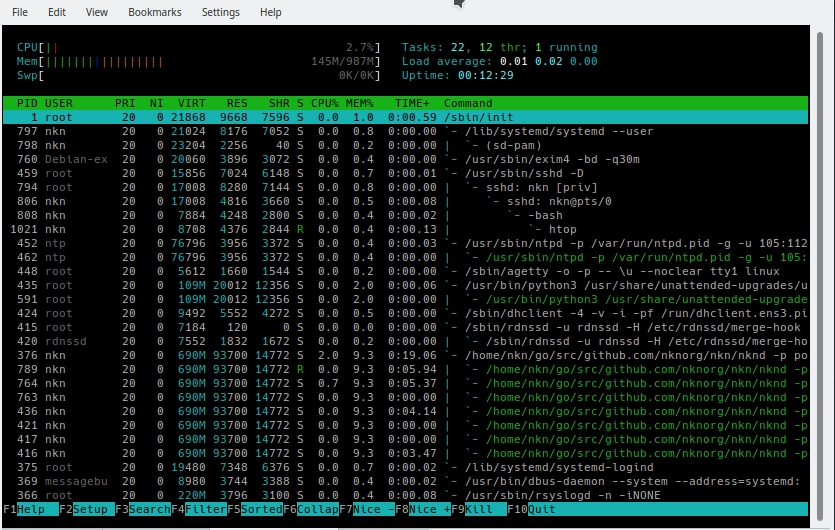 Please let me know if you find any mistakes in this tutorial. I have used following guides to come up with this one…

All Credits go to these people who originally created these guides and helped me in figuring out how to create my own node. Thank you…!! 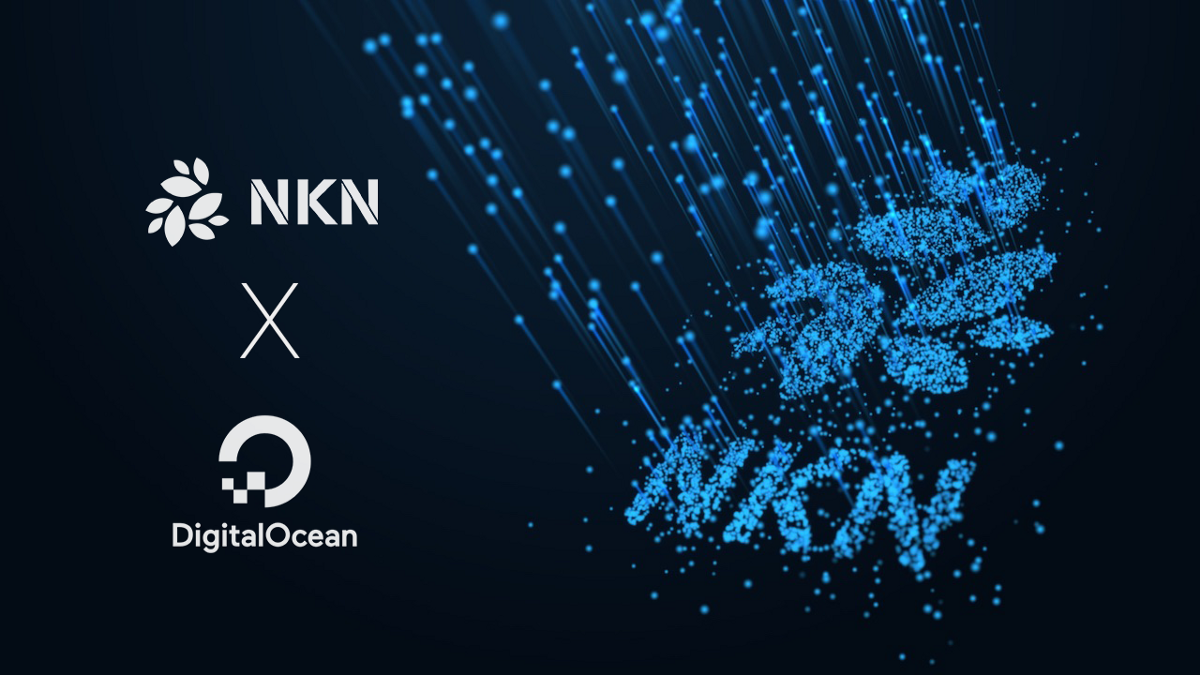 Setting up a NKN Miner in 5 Minutes and run it free for multiple months with...

[image] After my very successful tutorial about turning your raspberry pi into a NKM (new kind of miner)(https://medium.com/@christianbusch_45820/make-your-own-nkm-new-kind-of-miner-out-of-a-raspberry-pi-dbeeed6d8130) I got asked multiple times if there is an easy way to deploy a node on some kind of cloud platform like AWS or GoogleCloud. To provide you a short answer to this: Yes, it is possible! There are many cloud platforms out there. The one I’m using for development work the most is Di…

Guide: Run a node on Vultr.com for free 30 days if you are at max nodes on Digital Ocean Nodes & Mining

If you already running the max nodes on Digital Ocean here is a way to get 10 more for free 30 days. Use this link to get the free $50 credit https://www.vultr.com/?ref=8191464 and follow the amazing guide made by Christian Busch here on medium https://medium.com/nknetwork/setting-up-a-nkn-miner-in-5-minutes-and-run-it-free-for-2-months-with-digitalocean-76bafcd82ae8 You can follow his guide exactly you just need to first type: apt-get install sudo You can get a node as cheap as $2.50 monthl…