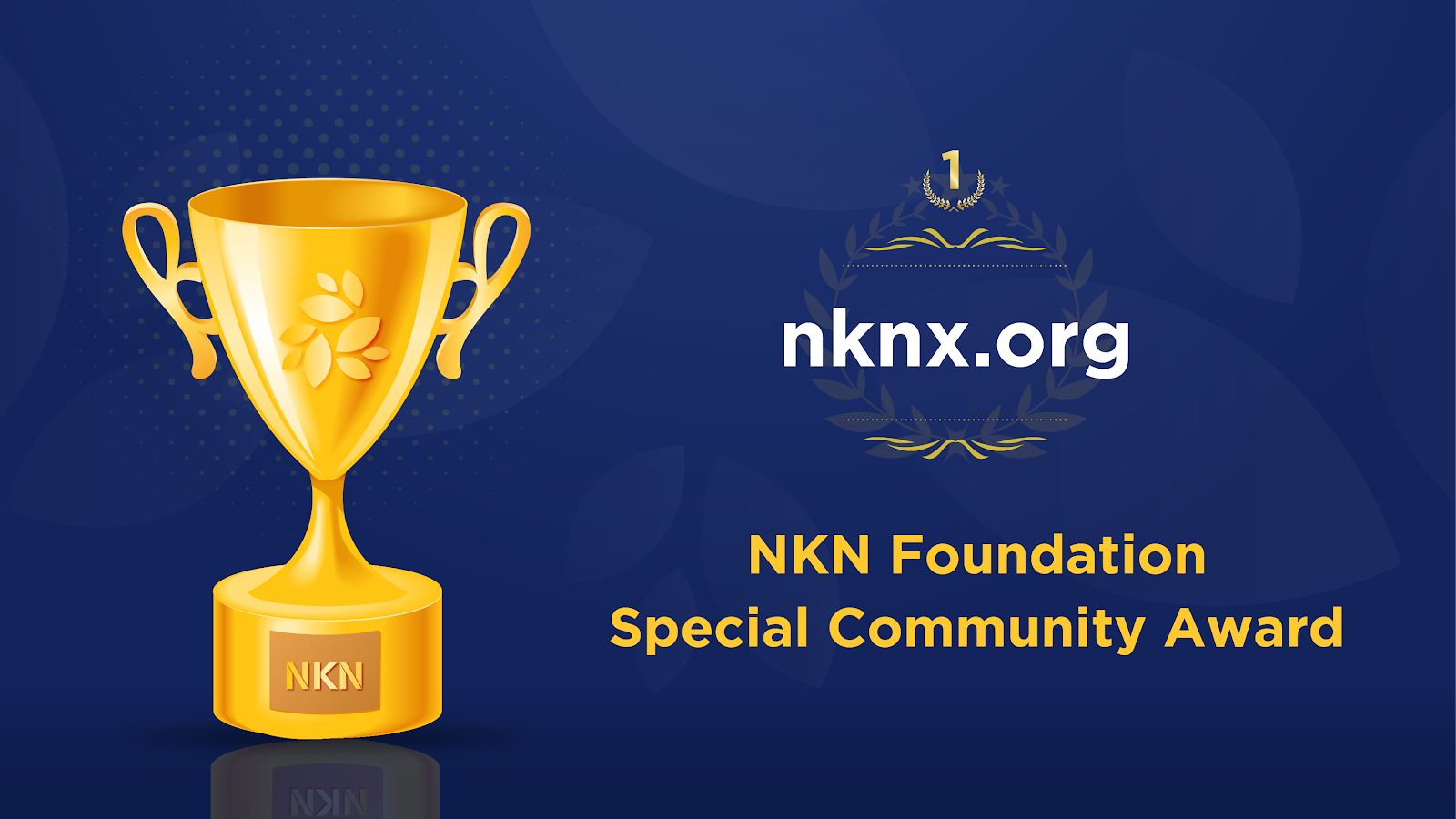 October 19th, 2019, the NKN Foundation announces a Special Community Award of 500,000 NKN to the nknx.org community project in order to honor the dedication, quality, and long term contribution of the nknx.org team.

There is no secret that nknx.org is the best known and most loved community project for NKN, and for some time now. The miners love it because it provides a one-stop portal for both node management and wallet tracker. The token holders and users love it because it provides a beautiful and fully featured application that brings together a NKN blockchain browser, wallet, and network system monitor all in one convenient tool. We enjoy exploring the giant map of NKN nodes around the globe, the amazing number of total nodes growing steadily to over 20,000, and the mesmerizing Signature Chain route jumping from one NKN node to another.

It had a humble beginning on October 1st 2018, when Christian Busch (ChrisT) submitted his first commit on GitHub repository. Christian, together with developer Andrew and the temporary help from community designers, had built blockchain explorer, web wallet, and eventually miner portal for NKN. First with testnet, and then with mainnet. Fast forward one year later, when nknx.org team celebrated their 1-year anniversary, they have the following stats to show for their achievements: 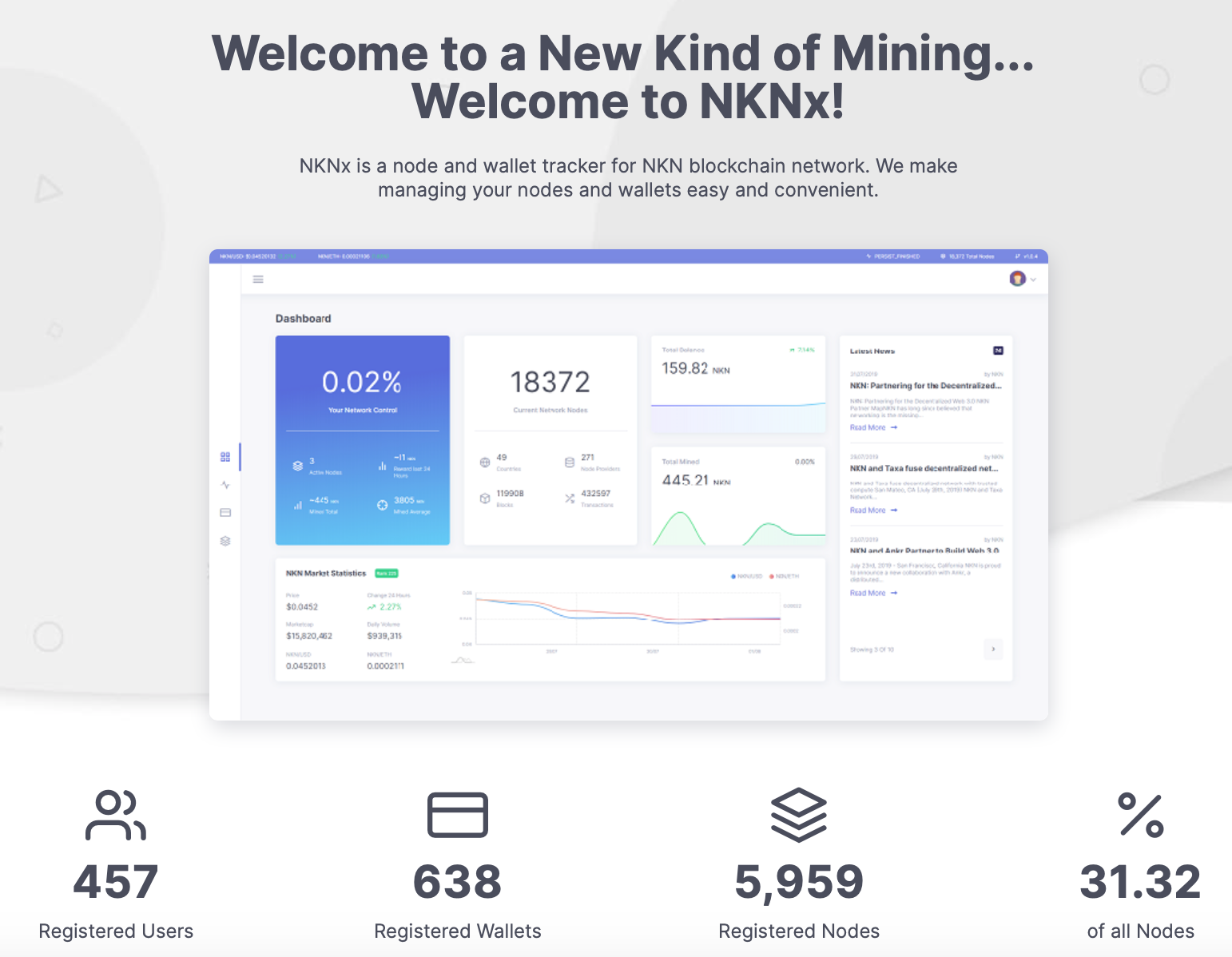 I think I can speak for the whole team that we feel honoured to be part of the most disruptive project in the crypto space nowadays. Every project lives from its community and we’re proud that we found a way to give people an easy way to get in touch with NKN.

I still remember that it all started with a few tutorials that lead to the idea of creating NKNx (the first version was coded on my everyday train-travel to work without really knowing what I was doing). After Andrew joined the project we both made big progress together and quickly became friends.

We think that this is really the essence of building something big: friendship combined with a good portion of determination - and that’s also the main reason why we love working with the NKN team so much.

According to nknx.org’s roadmap, there are many exciting products and features coming in the future, just to name a few:

We wish nknx.org project a continued success, and thrive together with the NKN ecosystem!

The purpose of NKN Foundation’s Special Community Award is to reward long term contribution to the NKN ecosystem. It can cover both technical contributions (NKN core software, application built on top of NKN, tools and utilities for NKN) and non-technical contributions (marketing, community advocacy, partnership and business leads). We welcome community members to nominate potential future recipient of this prestigious award.