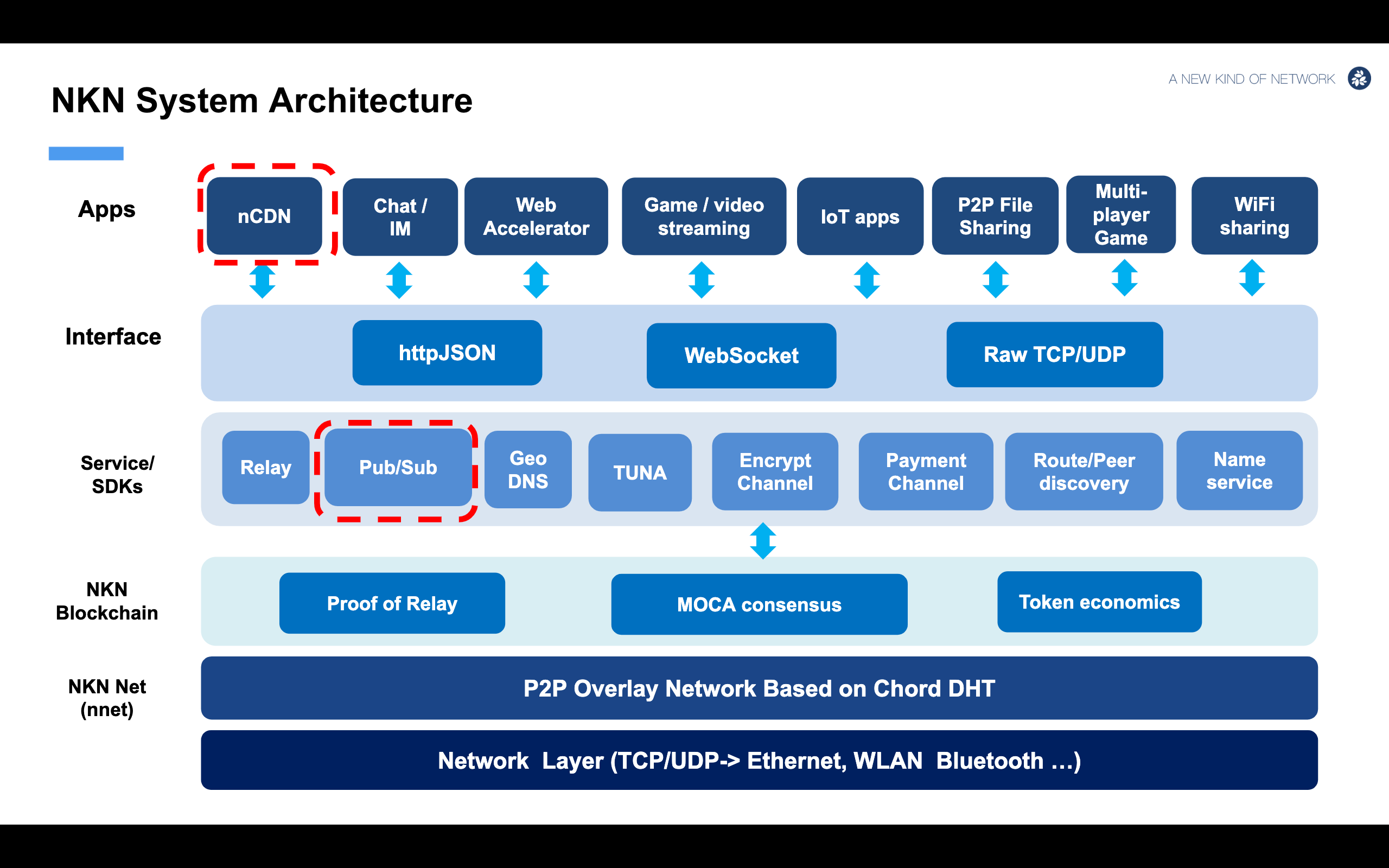 In recent weeks, we have discussed about our roadmap beyond mainnet and the two flagship products (nCDN, PubSub) we are launching. Here is an overview of how everything fit in the NKN system architecture, and how can applications utilize NKN network.

There are six layers in NKN’s system architecture, and if we start from bottom and go upwards:

The question for most developers are, what are the advantage of NKN network versus plain old Internet as is? We conclude the following 6 points:

In essence, the public NKN network is a highly capable software platform for all kind of applications that require the best networking. And indeed, our medium-long term goal is that we will have this free market of micro services that are run by miners in addition to their NKN full node, and independent software vendors (ISV) can develop these applications.

But to enable this thriving platform or marketplace, we have to start with a few convincing products that can showcase not only the technical merits, but also the commercial success of building on top of NKN. Therefore we are launching two flagship products, nCDN and PubSub, along with our mainnet launch. The analogy is that Amazon started with selling books and CDs, then they offered marketplace platform that sellers and buyers can transact directly, and eventually also makes the AWS (Amazon Web Service) infrastructure itself the most successful business. We are following similar strategies and aspiring to be the indispensable networking company that will shine and last.